The Grange Festival - Planning for the 2020 season 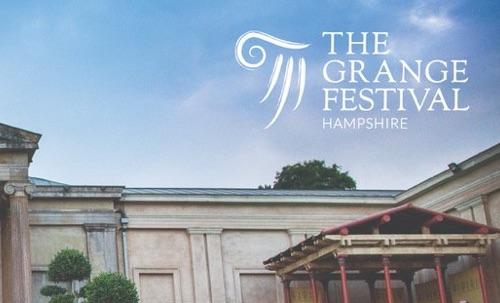 Many people assume my work running The Grange Festival ends when the actual Festival ends. It’s a bit like singers getting asked what they do ‘the rest of the time’ when they’re not actually performing. Of course the flippant reply is ‘having a good time’ and ‘twiddling our thumbs’ (or our larynxes) until the next performance. For every hour of showtime, there must be hundreds of hours of preparation, and the same is true of staging five separate productions in a festival.

Let me think what it takes - planning the repertoire, choosing the creative teams and orchestras and conductors, casting, planning the rehearsals, booking the rehearsal spaces, being in regular touch with well over 50 different artists’ agencies around the world, auditioning the chorus (260 applicants for 24 places), getting every aspect of the theatre ready (maintenance, improvements, upgrading - we are replacing our stage revolve, for instance, and making new grand opera curtains (’tabs’)), running the whole process of getting production sets planned, designed, built, delivered, installed, plus props, plus costumes, wigs, make-up, getting the music parts for the orchestras and singers ready……. OK I’ll stop. But this is before we have raised any money through Friends’ memberships, Founders donations, corporate sponsorship, and applications to charitable Trusts and Foundations; written, designed, proofed and printed all our booklets, programmes, mailshots to our database; worked out what our pricing structure should be for tickets, when we sell them, etc; and then there are all the other events we have throughout the year - parties for Friends and other supporters; our biennial Singing Competition; our Education projects with regional schools and colleges; and many other projects with which we either collaborate or help in less active ways.

Oh, I forgot that we also provide a full range of dinners, and suppers, and drinks for all our festival patrons, the planning and preparation for which would take another equally long paragraph to describe.

This is all to put on high quality performances, fill our auditorium and ensure that every visitor wants to return for more next time. And engage meaningfully about the power of music and drama in education and mental and physical healthcare in our region.

The 2019 festival went with a swing in its step and a smile on its face. We achieved around 95% attendance for every single performance, and got 5-star reviews for every show. In year three, I am told that’s pretty good. But I keep reminding everybody, having been on the receiving end of critics’ appraisals for nearly 40 years, that the bad reviews will come along, and don’t be either surprised or too downhearted when they do.

We are completely focussed on preparing now for 2020 (see above).

It’s fun (I really think we shouldn’t be doing this if it wasn’t). It’s unpredictable. And it’s really, really satisfying when you see how palpably the audience gets profoundly and positively affected by what we produce.

A studio run-through is one of the main staging posts in the enthralling journey of a new opera production from first music call to first night. From now on it’s all about getting the technical bits sorted out, the set, props, lighting, costumes wigs and make-up, and a hundred-and-one other details, before the addition of the orchestra and the final few precious days when all is in place and still in rehearsal. It suddenly becomes an unstoppable rollercoaster, and from a performer’s viewpoint, rather scary. Actually everyone’s nerves start to jangle and jingle.

Yesterday we watched the run-through of The marriage of Figaro in an upstairs church hall in Hammersmith, west London. Lots of onlookers crammed against the wall. Richard Egarr conducted, Lisa Engelstein, from Cape Town, and our Figaro repetiteur played on a brash upright piano, assistants, Matteo our langauage coach, Peter Mumford our frighteningly eminent lighting designer, and the make up and costume teams made notes. Michael Moody, our Director of Operations filmed it on his little digital camera for detailed reference for the stage rehearsals, and the rest of us watched, listened and, frankly, marvelled.

All the thoughts, the challenges, the reactions, the precise intentions, the hurt, the fun, the naughtiness, and the joy were plain to see and hear. But there was something else, so often missing in performances of this transcendental opera: the danger. After all, this is the story which changed the world. All the way through, I had the sabre-point of Napoleon’s insight at the back of my mind of his description of Beaumarchais’ play, more than anything else, having caused the French Revolution. Martin Lloyd-Evans’ minutely observed production, set in a single day in a single house, so minutely aware of the musical sub-textural strata, unveils this profound moment of the Enlightenment: the reordering of society. Subtle, playful, often deeply moving, but more than anything else, revolutionary. 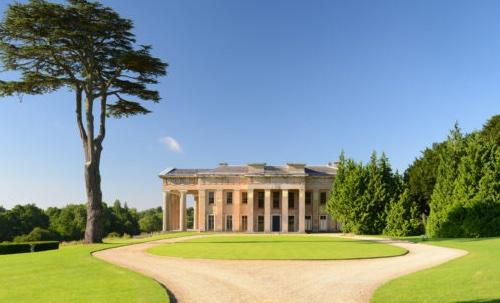 The Open Day at The Grange, which is the launch of The Grange Festival’s summer season, was a big success. Over a thousand people came. There was dancing, and singing in the theatre, as well as a Falconry display, rare breeds of goats and sheep, lots of local food and drink suppliers in stalls, a book stall, exhibitions, and much else. Kate Dimbleby kicked it all off with her irressitible “Sing Happy’ in the theatre. She brings her looper called Roland, with which she effortlessly accumulates layers of a capella harmony and rhythm (all her own voices) and sings torch-songs and ballads and jazz and musical theatre standards over the top. She gets everybody, and I mean everybody to join in - and that is the point. We all feel so good after singing with her, however badly; but somehow it isn’t badly, because we all know exactly what we have to do. Kate’s a brilliant, effervescent, one-off. She must come back !