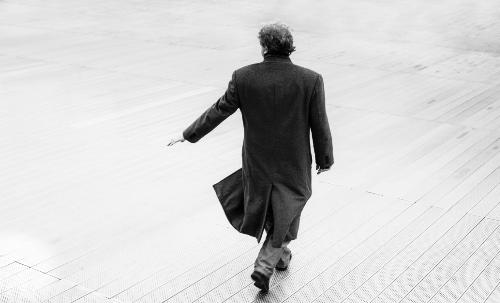 Most of my time these days is devoted to The Grange Festival. This was created in 2015, with the first performances at The Grange in 2017. 2022 will celebrate the 5th full festival, with a bit of a blip in 2020, when indoor performances were not possible, when we put together an outdoor sequence, using the many natural stages of the mansion at The Grange, including the roof, terraces, parapets, ceremonial steps, porticoes, and the full extent of the surrounding park. This one-off al fresco production was called “Precipice”: not inappropriate for how we in the performing arts then felt, and still do to a certain extent.

The summer of 2021 was sort of back to normal, except pretty severe restrictions were still in place, both for audience and performers. Rehearsals were still precipitous, with regular absences from performers and stage personnel right through the whole period. One of our operas, originally planned for 2020 (to coincide with its 60th anniversary), was A Midsummer Night’s Dream (Britten/Shakespeare). The largest part in the opera is that of the rustic/mechanical, Nick Bottom, the weaver. On the evening before the opening performance day, also the opening of the festival, Bottom number 3 reported proximity to a positive tester and so had to get up at dawn (having only joined the company the day before) and get a Covid test with a rapid turn-around so both that he could sing that evening and the festival could actually begin. When it comes to commissioning our opera about the whole Covid experience, I think a good title might be “Our Bottom is negative.”

So far, the Festival has staged 15 operas, together with Verdi’s Requiem, Bernstein’s Candide and Lerner and Lowe’s My Fair Lady in concert, as well as numerous other events including masterclasses, recitals and 2 international singing competitions.

I continue to teach the counter-tenors and other voices at The Royal Academy of Music, and am thrilled to be invited to give public master-classes around the world, most recently in Hong-Kong, Mexico, Shanghai, Curitiba (Brazil) and Toronto, as well as the RCM and Guildhall in London. After nearly 20 years of giving one-to-one lessons and devising and running projects at the Royal Conservatoire in The Hague, I now go once a year for an operatic project, involving many singers on the Early Music course as well as including some from the classical course. This year (February 2022) we will stage as fully as possible what is probably the first opera written by a woman – La liberazione di Ruggiero dall’isola di Alcina by Francesca Caccini (1625). It will be the first sizeable project for the Conservatorium in their enormous new home, Amare in the centre of The Hague.

We plan to revive, after a 2-year break due to Covid, SienAgosto in August, the residential late-summer course in one of the world’s most magical cities which I started with the Director of the Siena School for Liberal Arts, Miriam Grotanelli de Santi. I think we have so far held 6 of these, having welcomed over 150 students from some 30 or more countries.

As for singing, opportunities are not so many these days. I sometimes meet up with the lutenist Paul Beier to make recordings of English lute songs in exquisite little churches around Lake Como. It is really a case of having crossed the threshold which separates performer from festival director. One either does one or the other; hard to have the headspace, not to mention the muscle flexibility, to do both. 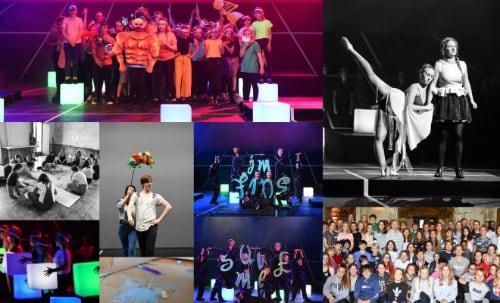 Advent Sunday. Tomorrow we audition children in Perins School in Alresford to be fairies in our production of A Midsummer Night’s Dream next summer. Oh, and perhaps you might like to see this recent item from the BBC website about bullying made by teachers from Perins School.

Last Monday we completed our auditions for our 2020 festival chorus, and invitations have gone out. It’s always a difficult process this: the successful ones have probably also received offers from Glyndebourne and Garsington and other summer festivals all happening at roughly the same time. We try and offer some understudy positions as well, with a little more money. But getting the best people is hard when we aren’t the biggest player in the field (yet), but many of them seem to want to come to us anyway. It must be the food or something.

Our ticket sales to Friends and Founders are going well - well up on this time last year. We always want to improve, so looking ok at this stage. Public booking opens March 10th. That’s always a frantic day in the office - a bit like some of the mad trading days I remember when working in the Stock Exchange: total bedlam really. 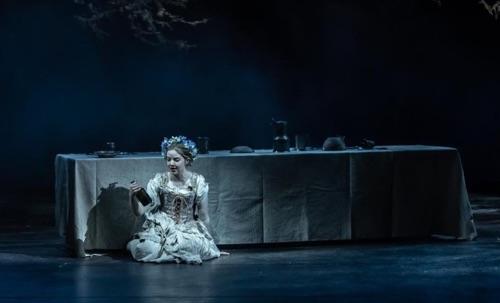 Our second International Singing Competition for young singers is fast approaching. From 100 applicants representing 34 countries, 70 were auditioned. What surprised all of us making the choices, was how very high the level is this year, in comparison to our first competition two years ago. We have simplified the prizes and are now able to offer a first prize of £10,000 and a role in a future Grange Festival production, making it one of the most desirable prizes anywhere. Other prizes also include the offer of recitals and concerts.

This year we shall be in the glorious setting of Merchant Taylors' Hall in London to hear pieces from repertoire up to 1830. The final will be accompanied by the Academy of Ancient Music. Competitions are exciting for us, the audience, as we listen to young stars of the future but also for the participants who eagerly grasp the chance of recognition.