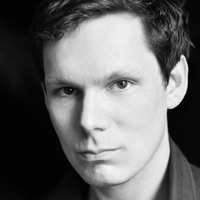 Richard is a pianist, organist and conductor based in London. He has played at the Wigmore Hall, St Bride's Fleet Street, St James's Piccadilly, for the Concordia Foundation, and as a staff accompanist at the Royal Academy of Music. He has performed live on BBC Radio 3's In Tune. Conducting engagements include Messiah (The Merry Opera Company), Il barbiere di Siviglia (Pop-Up Opera), and Tosca (Grimeborn); he was assistant conductor for the Woodhouse Festival 2014 and for Royal Academy Opera's productions of Le nozze di Figaro and L'incoronazione di Poppea and was chorus master for Ariodante and May Night. He plays for Streatham Choral Society and the Harpenden Music Makers, and has worked as an accompanist and répétiteur for The Grange Festival (Seraglio and Candide, 2018), The English Concert, the Philharmonia Chorus, The Monteverdi Choir, the English Baroque Choir and OSJ Voices, and as an operatic coach at the Royal Academy of Music and Trinity Laban Conservatoire. He is the organist of Ealing Abbey Choir. Richard studied at Oxford, Cambridge, and the Royal Academy of Music.