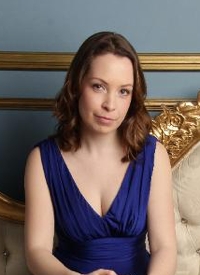 Rebecca read music as Organ Scholar at Lincoln College, Oxford, studying with David Sanger. As both an organist and choral conductor she has broadcast live on BBC Radio 3 & 4, made CD recordings and performed in the UK and abroad in venues such as Westminster Abbey, St.George's Chapel Windsor, York Minster, Christ Church Dublin, St Marks Venice. Since graduating from the Royal Academy of Music on the MA Piano Accompaniment course under Michael Dussek and Carole Presland, Rebecca Taylor has been increasingly in demand both as an accompanist and repetiteur. Whilst at the Academy, Rebecca was a prizewinner in the Rex Stephens Lieder Prize, a finalist in the Richard Lewis Song Competition and was highly commended in both the Major van Someron-Godfrey English Song Prize and the Scott Huxley Piano Accompaniment Competition. Rebecca was awarded a distinction in her LRAM diploma and was a member of the prestigious Academy Song Circle.

After graduating, Rebecca continued her training as a Junior Fellow Trainee Répétiteur and was also successful in gaining a place on the Solti Peretti Repetiteurs' Masterclass Course in 2014. As an accompanist, Rebecca’s reputation is growing following her success in winning the Maureen Lehane Accompanist Prize at Wigmore Hall. In June 2015, Rebecca accompanied the Welsh candidate in the Song Prize Competition of BBC Cardiff Singer of the World which was broadcast live on BBC Radio 3 and she also be performed a song recital at the Three Choirs Festival 2015.

As a repetiteur, Rebecca has worked on an wide range of operas, which include Tom Randle's Love me to Death; Ariodante, Handel; Eugene Onegin, Tchaikovsky. She regularly works on new music with composers, most recently a project with Laura Bowler and the playwright Edward Bond at the Royal Opera House. Rebecca’s work also has an international dimension in that she has performed across Europe and the Middle East at venues which include St.Martin in the Fields, the Concertgebouw in Amsterdam, the Real Academia de Bellas Artes in Madrid, St Mark’s Basilica in Venice, Macedonia Opera House in Skopje and Al Bustan in Muscat.

Rebecca is Director of Music at St.Philip's Earls Court Road where she is founder and Artisitic Director for the SPECR Recital Series. She is accompanist of the Leeds Festival Chorus, Assistant Conductor and Pianist with Twickenham Choral Society and joint Accompanist and Assistant Conductor of the acclaimed English Chamber Choir.