Tenor - Professor at the Royal Academy of Music, London 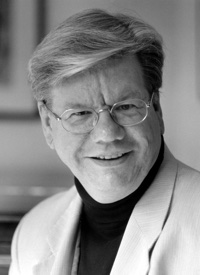 Ian Partridge is one of Britain's leading lyric tenors. His wide repertoire has encompassed the music of Monteverdi, Bach and Handel, the Elizabethan lute songs, German, French and English songs and first performances of new works. He appeared regularly as soloist with major choirs and orchestras in Britain and throughout the rest of the world, and in recitals he was frequently accompanied by his sister, Jennifer Partridge.

He has also enjoyed taking masterclasses on Lieder, English Song and Early Music at venues as diverse as Aldeburgh, Vancouver, Ravinia, Trondheim, Versailles and Helsinki. He is a professor at the Royal Academy of Music, and was awarded the CBE in 1992 for services to music.

Ian retired from singing at the end of 2008, but continues to teach, give masterclasses and adjudicate.

Ian Partridge's page at the Royal Academy of Music