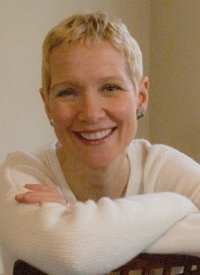 Deborah York was born and educated in Sheffield and graduated in musicology from Manchester University with a first class honours degree. She has gone on to enjoy a distinguished performing career working with musicians of the highest calibre across a wide spectrum of musical styles and genres. The recording of Stravinsky’s “The Rake’s Progress” with John Eliot Gardiner and the London Symphony Orchestra for Deutsche Grammophon in which she sang the role of Anne Truelove won a Grammy Award for best opera category. She subsequently performed the role at the Teatro Colón in Buenos Aires, in Tel Aviv and at the Semperoper in Dresden. Her recording of Mendelssohn Bartholdy's “Midsummer Night's Dream” with Claudio Abbado and the Berliner Philharmoniker Orchestra The Last Concert won the orchestral category of the 2017 International Classical Music Awards. Upcoming concerts include Mozart’s “Requiem” with the Bremen Philharmoniker and a summer gala concert with Aalborg Symphony Orchestra.

She has performed as soprano soloist in over 60 cantatas by J.S.Bach. Some of these were recorded with Philippe Herreweghe for Harmonia Mundi and Ton Koopman for Erato. She also sang first soprano in the pioneering recorded solo version of “Matthäus Passion” for Deutsche Grammophon with the Gabrieli Consort.

Her operatic career began at Glyndebourne Opera where she sang the role of Servilia in Mozart's “La Clemenza di Tito”. This led to further engagements singing Mozart and Donizetti at the Royal Opera House, Covent Garden with Bernard Haitink, Evelino Pidò and Harmut Haennchen.

She created the role of Mirror in Harrison Birtwistle’s Second Mrs Kong at Glyndebourne conducted by Elgar Howarth and was a regular guest at the Bayerische Staatsoper in Munich, the Staatsoper Unter den Linden in Berlin and the Netherlands Opera in operas by Mozart, Gluck, Handel, Britten, Monteverdi, Telemann and Purcell.

Deborah’s extensive discography includes over 40 cds and dvds for in concert and opera, live and in the studio. A new recording GLAZE, featuring the Stellwagen-Organ (1637) in the St.Jakobikirche, Lübeck was recently released with Ensemble Delirio and bass baritone Florian Boesch.

A passionate exponent of vocal chamber music, Deborah has long collaborated on solo programmes. Her winter solstice programme with organist Jeremy Joseph “An evening hymn – Old English tunes for a long winter’s eve” premiered in the Radialsystem in Berlin was widely acclaimed. The two musicians have subsequently formed a trio The BlueShed Collective with cornettist Lambert Colson and are experimenting with the implications of baroque improvisation and the idea of music as speech for music making today, moving into the area of free improvisation and spontaneous composition using text. Upcoming concerts with The BlueShed Collective include the International Organ Week in Nürnberg and the Silbermann Tage Festival in Pfaffroda.

Deborah is increasingly asked to direct and to teach. She recently conducted the Ghent based ensemble B’Rock in a new commission by composer Reza Namawar for the contemporary music festivals TRANSIT in Leuven and November Music in den Bosch. She is teacher of singing and chamber music at the 32nd International Handel Academy in Karlsruhe this year as well as at the Sienagosto summer school in Siena. She has her private teaching studio in Berlin.