Countertenor - Head of Historical Performance at The University of Toronto, Faculty of Music 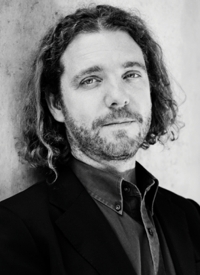 An exclusive recording artist for Sony Classical, Daniel Taylor is one of the most sought-after countertenors in the world. Daniel appears on more than 100 recordings which include Bach Cantatas/Monteverdi Choir/Gardiner (for Deutsche Grammophone Archiv and SDG); Renaissance duets with Bowman /Actor Ralph Fiennes/TEM (BIS); Handel’s Rinaldo with Bartoli /AAM/Hogwood (Decca); Cantatas "Before Bach" with Collegium Vocale /Herrewege (Harmonia Mundi); Sakamoto’s pop-opera "Life" with the Dalai Lama and Salman Rushdie (Sony); Bach Cantatas with Bach Collegium Japan (BIS); a Bach recital with the Theatre of Early Music and a recital of Shakespeare's songs (Sony); Vivaldi Gloria with the Bethlehem Bach Choir/Funfgeld (Analekta); Vivaldi’s Stabat Mater (BIS) and the Renaissance disc “Love Bade Me Welcome” with actor Ralph Fiennes (BIS); five recordings of Handel’s Messiah, these being with the Kammerchor Stuttgart/Bernius (Carus), with the Handel&Haydn Society/Christophers (Coro), with the Montreal Symphony/Nagano (Universal), with the American Bach Soloists/Thomas(Koch) and most recently a CD/DVD with Tafelmusik (Bravo Television). Daniel appears on the GRAMMY winning recording of ‘Angel Heart’ with Frederica Von Stade, cellist Matt Haimovitz and the Actor Jeremy Irons (Oxingale). Daniel has recorded the CD/ DVD of the Bach B minor Mass with the Ensemble Orchestral Paris/Nelson (EMI Virgin) and also a CD with the Kammerchor Stuttgart/Bernius (Carus). Upcoming recordings a new recital disc for SONY.

In his role as a Conductor, Daniel debuted as the first Guest Conductor in the history of the Tallis Scholars. He debuted recently with the Kammerchor Stuttgart and also with the Gabrieli Consort.

Highlights of past engagements include Handel’s Messiah with San Francisco Symphony/ Christophers; Handel’s Israel in Egypt with the Cleveland Orchestra/ McGegan; Orff's Carmina Burana with the Toronto Symphony/Oundjan; Messiah with the St. Louis Symphony/Christophers; Bach Christmas Oratorio with the National Arts Centre/Pinnock; Handel’s Rinaldo at the Munich Opera House/ Bickett; Bernstein’s Chichester Psalms with the Philadelphia Orchestra/Dutoit; Handel’s Saul with Bachakademie Stuttgart/ Rilling (for Hänssler Classics); Buxtehude Cantatas with the Amsterdam Baroque Orchestra/Koopman (Channel DANIEL TAYLOR BIOGRAPHY 2015 Classics); Orff’s Carmina Burana with the Taiwan National Symphony/Grossman (Koch), Bach Cantatas with the Bethlehem Bach Choir/Fumfgeld (Analekta) and Schnittke’s Faust Cantata with the Rotterdam Philharmonic/Gergiev. Daniel sang at a Pow-Wow of First Nations in Alberta and on Parliament Hill for Queen Elizabeth and the Prime Minister of Canada. With the Monteverdi Choir/Gardiner, Daniel appeared on the Bach Cantata Pilgrimage joining in concerts and recordings across Europe and North America. With the English Baroque Soloists/Gardiner, he appeared in Handel’s Messiah and Handel’s Israel in Egypt at the BBC Proms; returning to the BBC Proms in recital with the Berlin Akamus.

This Season, Daniel also appeared on the new soundtrack with the Cirque du Soleil (Universal). Messiah performances included Dallas Symphony/Rilling, Tafelmusik and a return to Los Angelas and San Francisco Philharmonia Baroque/McGegan. Highlights also included Orff Carmina Burana with National Arts Centre Orchestra /Matheus, the St. Matthew Passion in London with the London Handel Orchestra and Bach Cantatas in Germany and Austria with the Wiener Akademie. Recital appearances across the United States culminated in his return to New York's Carnegie Hall followed by his return to the Teatro Colon in Buenos Aires for Handel’s Opera Rinaldo.

Recent engagements include the World Premiere of Robert Lepage's production of Ades' The Tempest', Handel's Messiah with the Toronto Symphony/McGegan, a recital with the Milwaukee Orchestra/McGegan and Britten Canctiles at Lincoln Centre.

As an educator, Daniel has offered master classes at the Beijing Conservatory, the Sao Paolo Conservatory, at the Royal Academy, the Guildhall and the Royal College of Music. He has also given classes at leading Universities across North America.

The University of Toronto recently appointed Daniel Taylor to the position of Head of Historical Performance in the Faculty of Music. He is also on the Visiting Faculty of the Victoria Conservatory of Music and of the University of Vienna. Daniel is Artistic Director of the Quebec International Festival of Sacred Music and Artistic Director and Conductor of the Choir and Orchestra of the Theatre of Early Music. The Theatre of Early Music performs more than 30 concerts every year in concert halls all over the world.