SienAgosto 2022 will take place from August 29th to September 4th. You are welcome to apply.

A MESSAGE FROM MICHAEL: "WE ARE BACK!"

We're back! SienAgosto will take place this summer, 29 August to 4 September. We were so close to welcoming lots of you last year, but it was just too difficult to be safe and to make music freely. This year, we feel very confident.

Our intense week at the Siena Art Institute in collaboration with the Siena School for Liberal Arts will include private lessons, masterclasses, daily Italian language tutorials, and concerts in some of Siena's stunning chapels and palazzi, including special places rarely discovered by the public.

Your full immersion in both the city and the joys and challenges of making meaningful music should prove transformative. You will have many opportunities to acquire knowledge and insights from experienced teachers, compare notes with like-minded colleagues, perform, learn about musical communication and style, and rediscover the joy of making music in beautiful places.

We cannot wait. Join us!

Michael Chance’s annual residential summer music academy for singers and continuo players will be hosted once again by the renowned school of humanities, the Siena Art Institute in collaboration with the Siena School for Liberal Arts.

Students are invited to apply for seven days of intensive teaching, coaching, workshops and masterclasses, as well as public concerts, in the intensely stimulating city of Siena, where senses are bombarded, minds altered, and aspirations raised.

This course offers world-class tuition in vocal communication. Singers are most effective when they show clear intention, and a need to communicate meaning, in addition to the mere beauty of sound. SienAgosto covers all periods of classical repertoire, but shows how mastering the vocal craft through the study and celebration of earlier repertoire greatly enhances the understanding of all song. We welcome applications from instrument players, whether they’ll be playing piano, harpsichord, lute, theorbo or guitar, etc., who would also like to work with singers.

Over 150 students from some 25 countries all over the world have been warmly received in the courses so far held in Siena. Teachers, coaches and accompanists are drawn from the SienAgosto international faculty of highly experienced performers and teachers.

The price of the summer academy is €700 and covers teaching and all related activities, plus 1 group dinner.

Bursaries may be available for students in full-time education and in genuine need. See Application Form for more details.

Participants may organize their own lodging, or else the Siena Art Institute in collaboration with the Siena School for Liberal Arts, hosts to this programme, can help you arrange shared accommodation in apartments, if requested, often at advantageous rates.

Applications must be submitted by 15th June 2022. It is expected, as in the past, that demand will be high. A deposit of €200 will be requested following acceptance to the academy. This sum will be deducted from the full price of €700. Naturally, if the course is cancelled because of unfavorable developments in the Covid-19 pandemic, the deposit will be refunded. 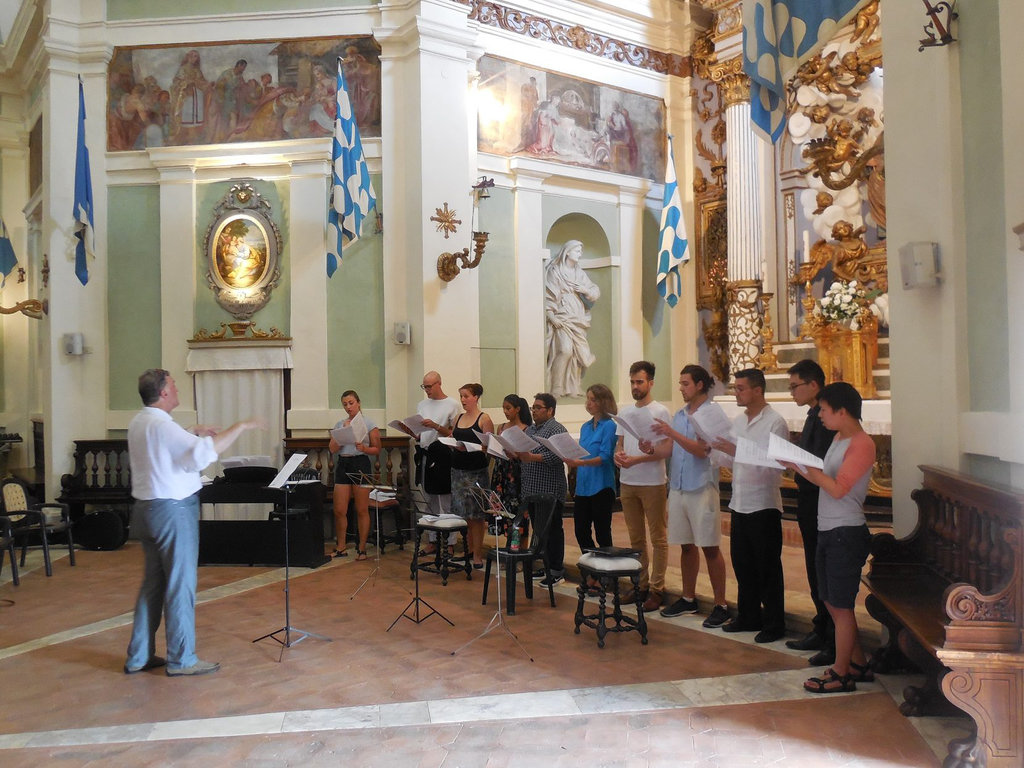 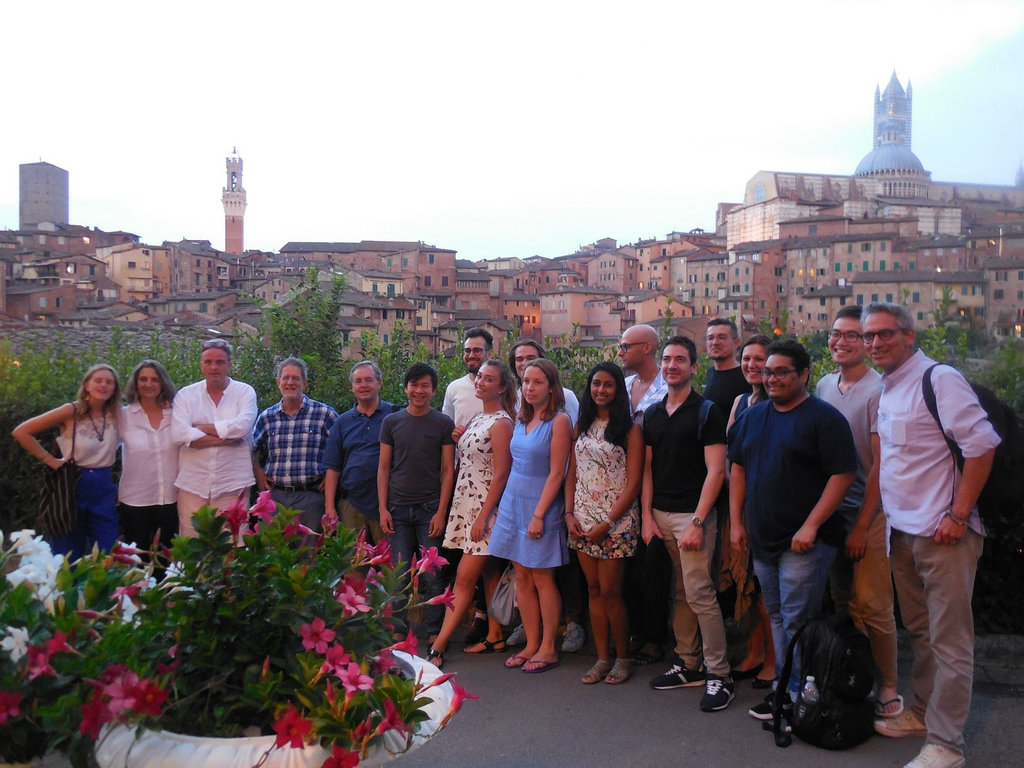 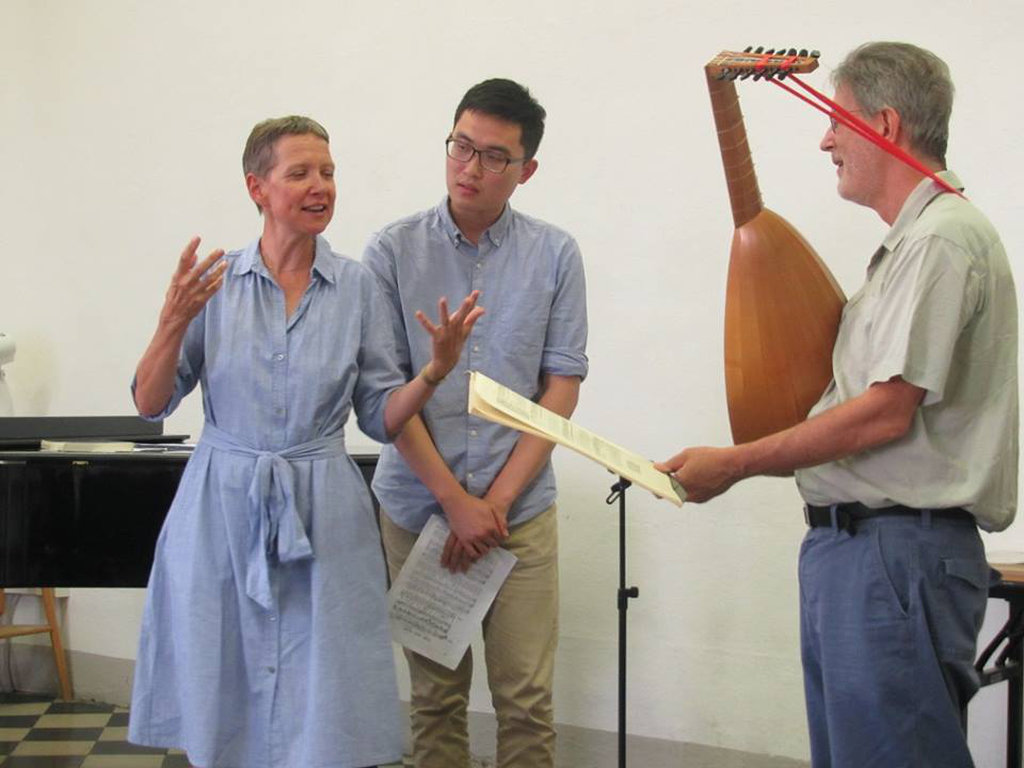 Ensemble rehearsals will be included in the schedule. Repertoire will be detailed after all applications have been submitted. It is hoped to work on both a cappella repertoire and also with instruments, using all the students on the course.

Lynne Dawson - Lyric Soprano - Head of the School of Vocal Studies and Opera at RNCM, Manchester

Lynne Dawson is the RNCM’s Head of the School of Vocal Studies and Opera and has been one of Britain’s best-loved and respected sopranos for more than 30 years. Before becoming a singer, she trained as a translator and interpreter and spent several years in industry before studying at the Guildhall School of Music and Drama. She was very fortunate to work with many conductors and ensembles at the forefront of the Historical Performance movement, including the Deller Consort, the Hilliard Ensemble, John Eliot Gardiner, Roger Norrington, Christopher Hogwood, Trevor Pinnock, and with them made many recordings for most of the major labels. » more

Deborah York was born and educated in Sheffield and graduated in musicology from Manchester University with a first class honours degree. She has gone on to enjoy a distinguished performing career working with musicians of the highest calibre across a wide spectrum of musical styles and genres. The recording of Stravinsky’s “The Rake’s Progress” with John Eliot Gardiner and the London Symphony Orchestra for Deutsche Grammophon in which she sang the role of Anne Truelove won a Grammy Award for best opera category. » more

Elisabeth Priday studied at the Royal Academy of Music, and whilst there she joined the Monteverdi Choir under John Eliot Gardiner. This marked the beginning of her career as a specialist in Early and Baroque music, both as a soloist and as an ensemble singer. She is a member of the Deller Consort, and has sung for Christopher Hogwood and Trevor Pinnock, and also with the Tallis Scholars. She's now keen to pass on her expertise and enthusiasm to the next generation of singers. » more

In opera, oratorio, recital and in recording, Michael Chance has been singing to worldwide acclaim for over thirty years. His success has helped spread the appeal of counter-tenors, and foster the explosion of interest in baroque music. In addition, he has sung the first performances of a large body of new work by living composers. He teaches at the Royal Academy of Music in London, and the Royal Conservatorium in The Hague. He received the CBE in 2009. » more

Daniel Taylor - Countertenor - Head of Historical Performance at The University of Toronto, Faculty of Music

An exclusive recording artist for Sony Classical, Daniel Taylor is one of the most sought-after countertenors in the world. Daniel appears on more than 100 recordings which include Bach Cantatas/Monteverdi Choir/Gardiner (for Deutsche Grammophone Archiv and SDG). As an educator, Daniel has offered master classes at the Beijing Conservatory, the Sao Paolo Conservatory, at the Royal Academy, the Guildhall and the Royal College of Music. The University of Toronto recently appointed Daniel Taylor to the position of Head of Historical Performance in the Faculty of Music. » more

Ian Partridge is one of Britain's leading lyric tenors. His wide repertoire  has encompassed the music of Monteverdi, Bach and Handel, the Elizabethan lute songs, German, French and English songs and first performances of new works. He appeared regularly as soloist with major choirs and orchestras in Britain and throughout the rest of the world. He is a professor at the Royal Academy of Music, and was awarded the CBE in 1992 for services to music. Ian retired from singing at the end of 2008, but continues to teach, give masterclasses and adjudicate. » more

Paul Beier graduated from the Royal College of Music in London. He has performed in Europe, North and South America and Australia as soloist, director of Galatea, member of various groups and as continuo player in orchestral and opera productions. His solo lute repertoire extends from the Italian Cinquecento to the music of Bach and Weiss. Since 1981 Paul Beier has taught lute, continuo and ensemble at the Scuole Civiche di Milano. » more

Harpsichordist Giulia Nuti has appeared in venues throughout Europe as a soloist and continuo player. A specialist in Italian music and treatises of the baroque, her book "The performance of Italian basso continuo" (Ashgate 2007) is cited as an essential text for performers and scholars of basso continuo. Giulia teaches harpsichord at the Scuola di Musica di Fiesole, where she leads the department of Early Music; she also holds a research post at the Conservatorio della Svizzera Italiana in Lugano. » more

Born and educated in North Yorkshire, Rebecca made her concerto debut at the age of 17 performing Shostakovich's 2nd piano concerto. Under the tuition of Jeremy Young of the RNCM, she was awarded a performance scholarship to the annual Birmingham International Piano Academy in 2005 and the following year she won the Piano Academy's concerto competition. She is currently playing as accompanist for Celine Forrest, who is taking part on the Cardiff Singer of the World Competiton, currently taking place, and being shown on BBC Television, on BBC 4. » more

Richard is a pianist, organist and conductor based in London. He has played at the Wigmore Hall, St Bride's Fleet Street, St James's Piccadilly, for the Concordia Foundation, and as a staff accompanist at the Royal Academy of Music. He has worked as an accompanist and répétiteur for The Grange Festival, The English Concert, the Philharmonia Chorus, The Monteverdi Choir, the English Baroque Choir and OSJ Voices. He is the organist of Ealing Abbey Choir. Richard studied at Oxford, Cambridge, and the Royal Academy of Music. » more

Iason Marmaras is a keyboard player, singer, and the founder and leader of the ensemble Os Orphicum. He was awarded a Master’s degree on Harpsichord (2012) under Fabio Bonizzoni and Ton Koopman; and a Bachelor’s degree in Early Music Singing (2011) under Barbara Pearson, Kees Jan de Koning, Jill Feldman, Michael Chance and Peter Kooij; at the Royal Conservatoire in Den Haag, the Netherlands. » more

Memories of SienAgosto 2019
Another intense 9 days in the constantly inspiring and stimulating arena of Siena. We arrive not knowing what’s really going to happen. We don’t audition anyone who applies to come onto the course, but somehow they audition themselves, because all the students are good enough to be thought of as soloists and acquit themselves convincingly in each other’s company. It’s a talking shop as much as it’s an academy. We share so much with each other, and everyone has the chance to work hard and perform, in beautiful places. I really think the teachers learn a lot as well as the students. I certainly do. We had two scientists, both post-docs, singing duets with each other (Daria from St Petersburg and Ulf from Hamburg); and impressive Kirill from Moscow storming through virtuoso Handel arias. Course regular Jonathan, now working in Copenhagen, amazed us all - he’s really got it, finally! Lovely supremely competent Eoin from Dublin touched us alongside Vanessa from RNCM revealing early rep. none of us had heard before. And then Annabel, fresh from a year in Padova, I hope we helped prepare for a future in singing; and so many others to mention: João from Johannesburg has committed now to singing after his revelations last year; Sinead oozed class, as did Matthias, Tessa and Aemilia, and we loved meeting Lei from China (via Cardiff), Leonardo from Southern Brazil, and the amazing young lutenist Thomas from Ghent. ‘Bloody amateur’ distinguished art historian Christiane came to listen and watch from Frankfurt, while Tyler from Colorado and Alice from Canada showed us a glimpse of exciting futures.

We ended up as rather a close family. I do hope many will come back next year. We start 10.00am on 19th August in Il Punto, Siena School’s fabulous new home next to Siena’s southern city gate, Porta Romana. Cor magis tibi sena pandit.
Michael Chance
SienAgosto 2019 appraisals
Coming here honestly, I didn't know what to expect. It's been an adventurous journey throughout this programme. Enjoyed every moment in this programme to bits! I learned so much while being here and I'm so glad that I've met all these super wonderful singers from many different countries. Very thankful of the opportunity to come here and learn from these great performers and teachers (Michael Chance, Deborah York, Lynne Dawson, Elisabeth Priday, Ian Partridge, and Daniel Taylor as well as Rebecca Taylor, Richard Leach, Paul Beier, Thomas Langlois, Valeria and Jeff Shapiro). Thank you for all the memories and experience! Now that I'm back, I'll be missing Siena so much. I really can't get enough! All the best to everyone and I'd hope we'll all stay in touch! Cheers,
Alice Putri, Indonesia
More appraisals
SienAgosto links
Siena School for Liberal Arts, Siena, Italy

For any queries about SienAgosto, please use the contact details in the Application Form (MS Word file) above.

For all communication regarding SienAgosto and Michael's other teaching projects, please use the form below.